Explaining the value of Automation tactics

Written by Madgicx Support Team
Updated over a week ago

Madgicx gives you the power to automate your account in real time, the goal of automation tactics is to bring you miles ahead of your competitors by covering as much of the budget management process as possible, giving you the advantage to increase profitability and work on other aspects of your account and/or business.

Note: Each of our tactics work hand in hand and therefore they should be set up simultaneously to cover all areas of your account.

Surf is a daily offensive tactic which allows you to scale your performing ad sets and campaigns in real time. When our Ad sets are performing above average, we want to maximize on this window in time and increase our budgets to get as much out of our ads as possible.

When you set up the Surf tactic you provide our AI system with rules to trigger your account as soon as it shows optimal performance, for example you've reached more than one purchase and the day has just begun, therefore you would want to surf up the budget in real time and bring in as many more purchases as possible.

Note: We allow you to surf on the Ad set or campaign level, depending on how you allocate your budgets. If for example your budget is placed on ABO than  you should use the ABO Surf option.

Stop loss is an defensive tactic which protects your budget from overspending by pausing low-preforming ad sets with negative momentum as soon as it identifies them.

Stop Loss is a daily tactic and at a local chosen time it turns the as set back on after it's been paused for the day. It's normal to experience some inconsistency within our account, some Ads that performed well yesterday aren't performing well today and therefore we want to track this (See Sunsetting ) By turning off the Ad for the day so we don't bleed extra money.

Revive goes hand in hand with Stop Loss, it brings your from the defensive back into the offensive game, in other words, it turns your Ad/Ad Set back on after it's been paused by Stop Loss.

Sometimes we have attribution delays, someone watched your ad in the morning, left his computer open and then came back and made a purchase, therefore this is no longer considered an under-performing Ad and we want to turn it back on and so we want to put Revive in place to bring our ads back to life. 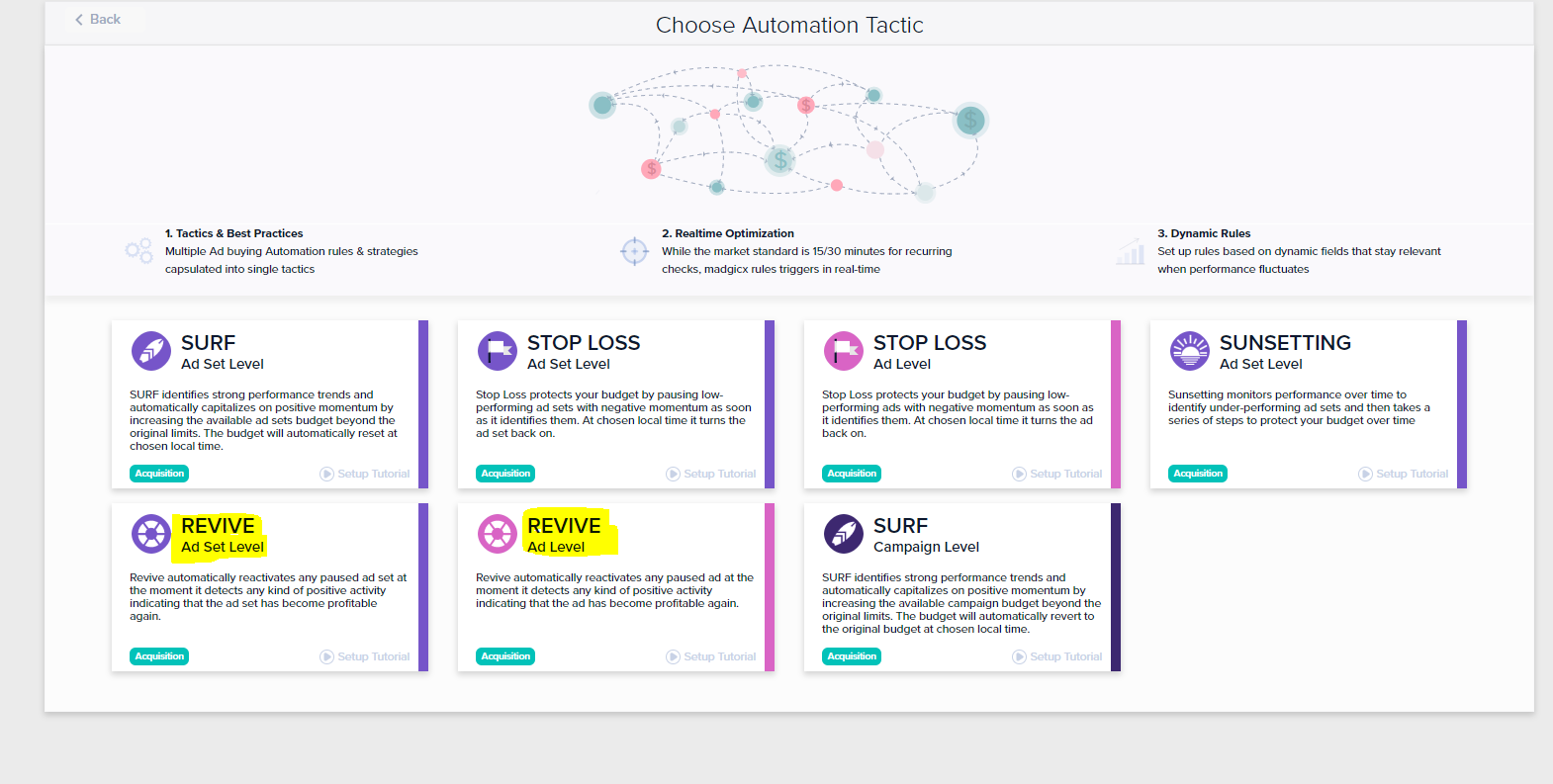 Sunsetting is another tactic that shuts off under performing ads/ad sets , yet in this case, it'll shut them off for good. Sunsetting monitors your Ad sets/campaigns over time and it will decrease your budget and then permanently shut down Ad Sets/campaigns which didn't bring good results.

Did this answer your question?